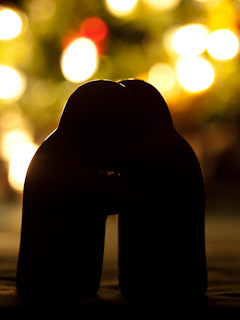 Simon requested (commissioned?) a Christmas-themed photo, so here it is. Christmas these days isn’t enjoyed equally by everybody, but I think most will agree that it’s a good time to show the ones you love you care.

At the moment I seem to have some kind of virus affecting my balance, and I can assure you that vertigo does not aid in keeping a steady hand, but hey a challenge is a challenge right? 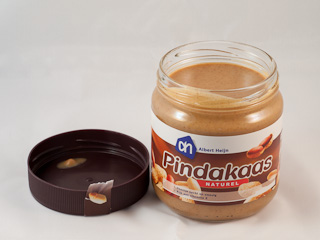 A number of months ago, I was given a splendid gift by my girlfriend’s parents: a foldout lightbox. I’m rather ashamed to admit that today was the first time I’ve used it, since it really is a wonderful device.

When I was browsing through the themes for Photo 52, I knew almost immediately what I wanted to do for week four, with the title: “Open”. I wanted to photograph a jar of something, with the foil seal freshly torn off, and I wanted it in this lightbox, like a product advert. I kept a closed jar of peanut butter for the day when I would magically find the time. Today was that day, so imagine my surprise when I discovered that this jar didn’t have a foil seal. I wasn’t going to let that spoil my productive mood however, and here is the result.

There was more Photoshop than usual to remove the creases in the background (who needs ironing?) though I’m still not 100% happy. It’s quite hard to spot them while shooting; they show up much more on a monitor. 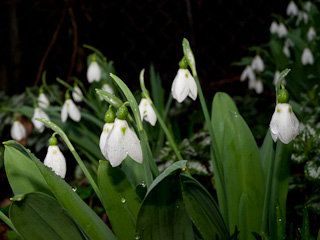 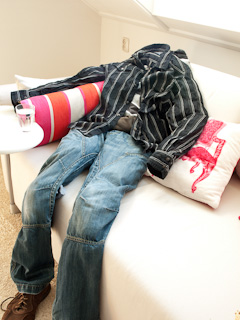 This is a bit of a niche post, so if you’ve never heard of PulseAudio then carry on elsewhere :)

If, like me, you’ve been looking at setting up a PulseAudio server on Windows, you’ve no doubt come across an old binary download for version 0.9.6, which is approaching the healthy age of four years as of this writing. PulseAudio’s development has been very intensive since that time, with a lot of new features released. Sadly though, that development came at the cost of Windows compatibility, which meant that no newer versions were available for Windows. Until now that is, as the PulseAudio community is working on full Windows compatibility for the imminent release of version 1.0. Full details of progress are available on the PulseAudio wiki, but in the meantime a full build has been made available as a zipped package (I’ve also mirrored it here, but keep an eye out for updated versions). If you want help setting it up, then read on. END_OF_DOCUMENT_TOKEN_TO_BE_REPLACED

Since it’s a new year, now seems as good a time as any to start off this site. This is going to be my new home, and I will be discussing (hopefully regularly) some bits of programming, linux hackery and general nerdiness as I come across it. I also plan to upload my photos here. At the moment this site is running off a wordpress install, but this is intended to be temporary, and I’m hoping to move onto a Django based site in the future.

To encourage me to take more photographs, and give a little direction, I’ve been nudged into taking part in Talk Photography’s Photo52 Challenge, where a new topic is drawn each week and “contestants” asked to take a photo to represent that topic. New topics are drawn on a Sunday, so pop in here every Monday for the next year(!) and you should see a new entry. I’ll be providing a little description for each one, including details of the set-up (if any) and perhaps a rationale. This is the first.

This subject originally frustrated me, since I was hoping to avoid simply taking a photo of my house or my room, but I wasn’t succeeding in finding a suitable alternative. Since it’s the first week, I decided to look on the Talk Photography forums for a little inspiration, and found James 306’s novel interpretation. Now I looked frantically around me, searching for any kind of casing or housing. I eventually settled on a spindle of CDs, since I would be able to apply a little science to create a novel photograph.

The effect you see here is real, not photoshopped, and achieved through polarisation. Clear plastic tends to produce strange colours when you shine polarised light through it, and this can be seen easily on a photograph. The set up here was setting up the spindle in front of my computer monitor, which was showing a blank white screen. LCD panels produce polarised light, which is exactly what I needed. The camera was set up facing the monitor, and fitted with a polariser filter. By tweaking the polariser’s angle, it’s possible to cancel out the monitor light to a near-black, and by underexposing a little I achieved a perfect black background. The light that moves through the spindle casing and CDs themselves is reoriented, and therefore becomes visible, with bright colours as a side-effect.

I do feel guilty for perhaps taking too much liberty with the given title, but in retrospect this was a lot of fun. Looking at the photo now, it also invokes some idea of sky-rise architecture, so maybe this angle wasn’t so crazy after all.